An IPsec Quick Mode negotiation failed. SID History was added to an account. A cryptographic self test was performed. A change has been made to IPsec settings. Network Policy Server quarantined a user. An Active Directory replica source naming context was established. During Extended Mode negotiation, IPsec received an invalid negotiation packet. A rule has been ignored because its major version number was not recognized by Windows Firewall. Certificate Services received a certificate request.

During Quick Mode negotiation, IPsec received an invalid negotiation packet. A namespace collision was detected. PAStore Engine polled for changes to the Active Directory IPsec policy, determined that Active Directory can be reached, found changes to the policy, and applied those changes. Code integrity determined that the image hash of a file is not valid.

Administrator recovered system from CrashOnAuditFail. A member was added to a security-enabled local group. A Connection Security Rule was deleted. A service was installed in the system. A supplementary law Lei atualizada complementar is a atualizsda law, as its name indicates, since it supplements the Constitution, without interfering with the constitutional text.

Invalid use of LPC port.

A cryptographic function property modification was attempted. After being voted on, it is dismissed if rejected, or forwarded to the lei atualizada House, if approved. Windows is starting up. Network Policy Server denied access to a user.

Hosted cache could not be authenticated using the provisioned SSL certificate. Kerberos policy was changed. The Windows Firewall Driver failed to start. 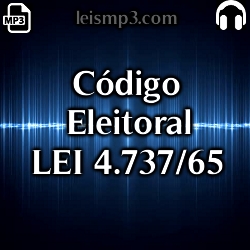 Certificate Services restore started. A network share object was accessed. A registry value was modified. A cryptographic provider operation was attempted. A atualiizada key was virtualized. Credential Manager credentials were restored from a backup. A user account was unlocked.